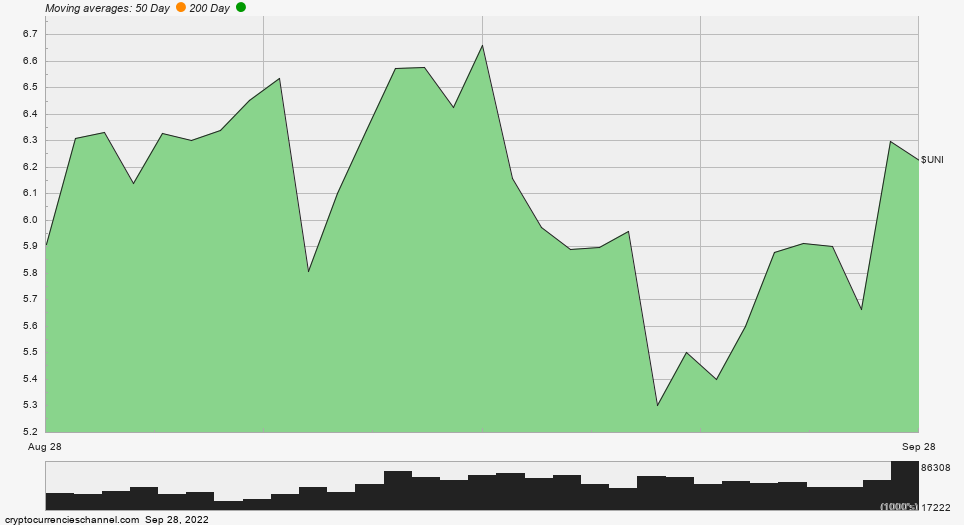 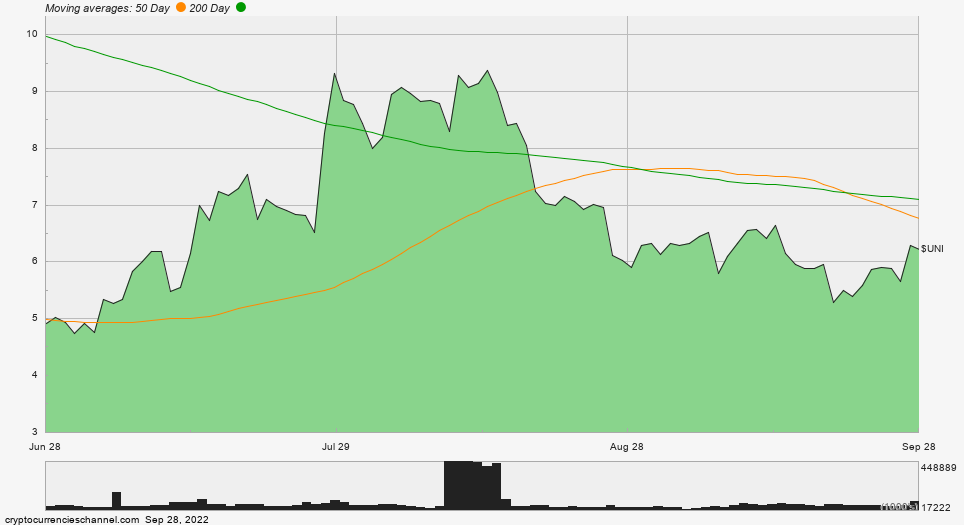 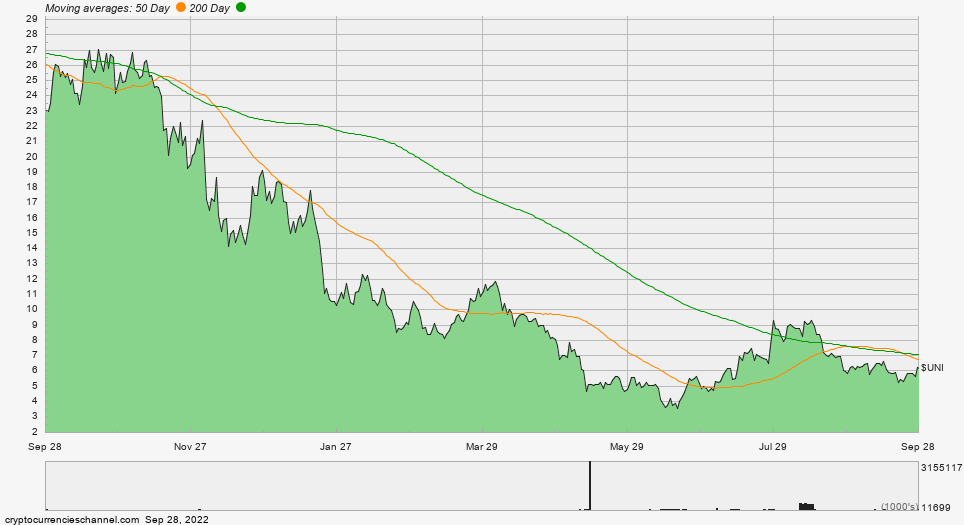 9/26/2022
Invesco DB US Dollar Index Trust Now the Most Expensive vs. Bitcoin This Year

9/29 - 9:00 AM
Everything Blockchain Inc. Partners with NSION to Provide Data Security Solution

9/29 - 9:01 AM
Orange Comet and AMC Networks Expand Exclusive NFT Partnership to Further Elevate The Walking Dead Franchise and Bring The Immortal Universe of Anne Rice into the Metaverse

9/29 - 7:30 AM
Majority of Crypto Investors Plan to Hold Through Crypto Winter, According to M1

9/29 - 7:08 AM
The World's Leading Financial and Crypto Institutions Head to Blockwork's DAS: London to Discuss The Macro Case For Crypto

9/28 - 12:01 PM
Re, the world's first blockchain-powered reinsurer, raises a $14M seed round to build a decentralized global reinsurance market

9/28 - 11:01 AM
BUILD-A-BEAR TO UNVEIL NFT COLLECTION AND ONE-OF-A-KIND, COLLECTIBLE BEAR ENCRUSTED WITH SWAROVSKI CRYSTALS AND A RED CRYSTAL HEART

9/28 - 9:15 AM
Fortress Blockchain Technologies Teams Up with Google Cloud to Bring Private Data Storage for NFTs

9/28 - 9:01 AM
Coral Closes $20M Strategic Round From FTX Ventures and Jump Crypto to Build Backpack, an Application-First Portal to Crypto

✔️Accepted answer: For digital asset traders who incorporate Technical Analysis into their strategies, one of the popular historical price chart tools is the Relative Strength Index (RSI). This popular indicator, originally developed for stock market analysis in the 1970's by J. Welles Wilder, looks at a 14-day moving average of an asset's gains on its up days, versus its losses on its down days. The result is a value that measures momentum, oscillating between "oversold" and "overbought" on a scale of zero to 100. A reading below 30 is viewed to be oversold, which a bullish investor could look to as a sign that the selling is in the process of exhausting itself, and look for entry point opportunities. A reading above 70 is viewed to be overbought, which could indicate that a rally in progress is starting to get crowded with buyers. If the rally has been a long one, that could be a sign that a pullback is overdue. We calculate the current RSI value for Uniswap Protocol Token to be 51.24 as of 9/27/2022.

What is Uniswap Protocol Token's MACD based on its DMA values?
MACD referring to the moving average convergence / divergence indicator.